A little boy in first grade starts a science project. He gets two turtles and feeds them different foods to see how they react. After a week he notices one is not moving. Alarmed, he runs to his dad and asks if they have any viagra in the house. His dad asks what for and the boy says, "It's for my science project - I have a reptile dysfunction!"
O 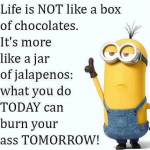 WET FART PRANK at the BEACH!! Better OUT Than IN!! - YouTube
O

Chickens, Democrats and free will.. oh my!

Chickens, Democrats and free will.. oh my! - YouTube
O

nspired by true events and filled with messages of empathy and hope, Umbrella follows Joseph's story, a boy who lives in an orphanage and dreams of having a yellow Umbrella. 2021 Oscar® Qualified Animated Short Film - Created and Produced in Brazil
O

Fabulous Movie Stars Dancing to the Song I am So Excited

Please consider others when decorating your home for Christmas!!

For those of you who are placing Christmas lights / decorations in your yard. can you please avoid anything that has Red or Blue flashing lights together?

Every time I come around the corner, I think it's the police and I have a panic attack.

I have to brake hard, toss my vodka out the window, hide the weed, fasten my seat belt, throw my phone on the floor, turn my radio down, and push the gun under the seat, all while trying to drive.

It's just too much stress, even for Christmas.

Thank you for your cooperation and understanding.

The other night I decided to take a shortcut through the cemetery and I ran into three teenage girls. The said they were afraid to walk through or near the place and were wondering if they could walk with me?

I said, "Sure, I used to be afraid to walk through here myself when I was still alive."

They were running so fast I could smell hair burning.
O

Two newly minted graduates of Texas A&M went to the same place to apply for a job. The first Aggie goes in for his interview, and comes out in five minutes with a huge grin on his face. He tells the other Aggie that "They want folks like us, you are good!"

The second Aggie goes in for his interview. He is asked what he does, and replies that he was a "Timber Management Specialist", He further explained that his specialty was to cut down trees. The guy who was interviewing him got a puzzled expression on his face and said "We don't need people to cut down trees, we are an investment company."

The Aggie comments that he'd just hired his buddy.

The interviewer said "But he said he was a Pilot."

The other Aggie replies "How's he going to Pile it if you ain't got anybody to cut 'em down?"

Liberals always believe that ignoring reality is the only way to be happy.
Click to expand...

Two college boys went to a New Year's party. Got thoroughly smashed, next day they wanted to return to thank the host for a great party. They were discussing how to find the house again, and one said, "I remember the street but not the house. It was dark when we got there. I do remember they had a gold toilet though."

Other one replied, "Well, then, it's simple: We go to that street and knock doors and ask if they have a gold commode. I know that street is only a couple blocks long so we should find it pretty quick."

That afternoon, they proceed to do just that, each taking one side of the street, knocking doors and asking if the people have a gold toilet. About three-quarters of the way down the street, with no results thus far, one knocks on the door, asks the lady who answers if they have a gold toilet. She gets a strange look on her face, turns and hollers, "ARNOLD! You ain't gonna believe this, but I think we just found the guy who crapped in your tuba!"

The kids in this choir suffer from autism and ADHD, but that does not stop them from singing beautiful music like this

They are The Killard House School Choir, a special school in Northern Ireland for kids who suffers from autism and ADHD.

Marry Christmas To you Y'all

Bob Hope Christmas With The Troops

A boy asks his father, "Dad, are bugs good to eat?" "That's disgusting. Don't talk about things like that over dinner," the dad replies. After dinner the father asks, "Now, son, what did you want to ask me?" "Oh, nothing," the boy says. "There was a bug in your soup, but now it’s gone."
O

A woman gets on a bus with her baby. The bus driver says, "That's the ugliest baby that I've ever seen. Ugh!" The woman goes to the rear of the bus and sits down, fuming. She says to a man next to her, "The driver just insulted me!" The man says, "You go right up there and tell him off – go ahead, I'll hold your monkey for you."
O

An elderly couple are in church. The wife leans over and whispers to her husband, "I just let out a long, silent fart. What should I do?" The husband replies, "First off, replace the batteries in your hearing aid!"
O

A 7 year-old and a 4 year-old are in their bedroom. "You know what?" says the 7 year-old, "I think it's time we started swearing. When we go downstairs for breakfast, I'll swear first, then you." "Okay," replies the 4 year-old. In the kitchen, when the mother asks the 7 year-old what he wants for breakfast, he answers, "I'll have Coco Pops, bitch." *WHACK* He goes flying out of his chair, crying his eyes out. The mother looks at the 4 year-old & sternly asks, "And what do you want?" "Dunno," he replies, "But it won't be ****ing Coco Pops."
O

A husband and wife have four boys. The odd part of it is that the older three have red hair, light skin, and are tall, while the youngest son has black hair, dark eyes, and is short. The father eventually takes ill and is lying on his deathbed when he turns to his wife and says, "Honey, before I die, be completely honest with me. Is our youngest son my child?" The wife replies, "I swear on everything that's holy that he is your son." With that, the husband passes away. The wife then mutters, "Thank God he didn't ask about the other three."
O

A guy walks into a bar and says to the barman, "Give me six double vodkas."

The barman says, "Wow, you must have had one hell of a day."

"Yeah, I just found out my oldest son is gay."

The next day, the same guy comes into the bar and asks for six more double vodkas. When the bartender asks what's wrong, the man says, "I just found out that my youngest son is gay, too!"

On the third day, the guy comes into the bar and orders another six double vodkas. The bartender says, "Jesus! Doesn't anybody in your family like women?"

The man downs the first drink and shakes his head, "Yeah, my wife!" 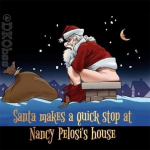 Betty White Gets a Visit From The Census Bureau,

Old Reliable said:
Are you a real cowboy!!!

video taken down at YT
O

Are you a REAL Cowboy?