SCI 'Beam Me Up, Scotty': William Shatner to Actually Go Into Space 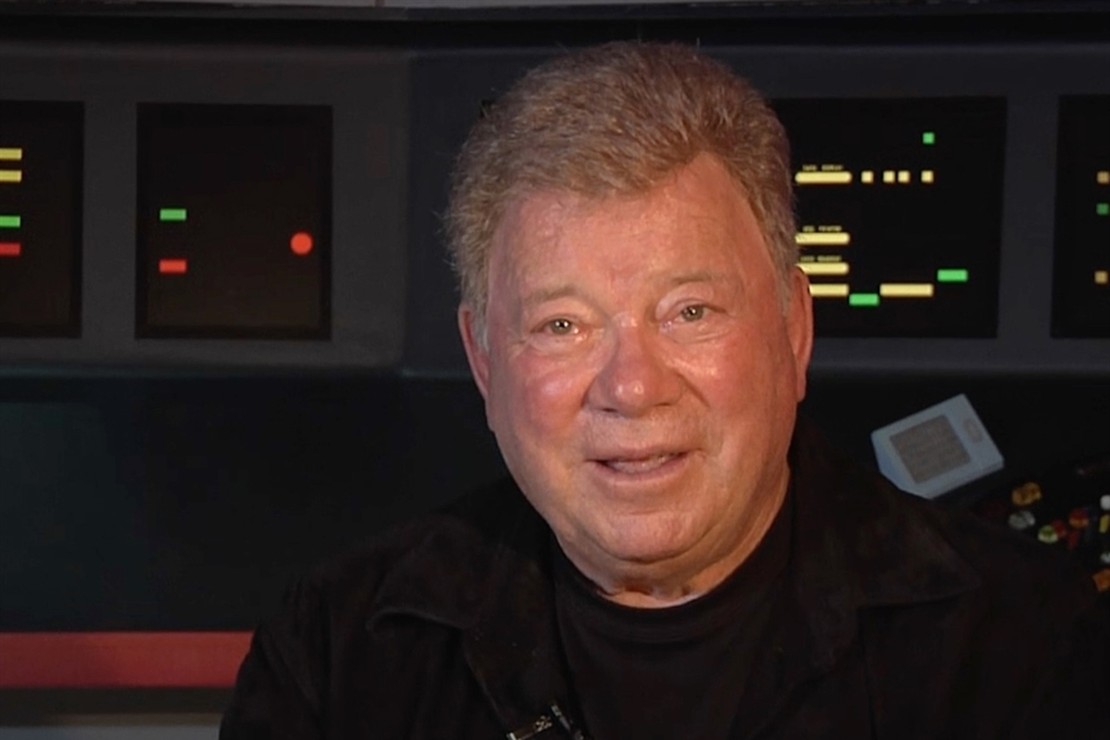 'Beam Me Up, Scotty': William Shatner to Actually Go Into Space

This is pretty cool...

'Beam Me Up, Scotty': William Shatner to Actually Go Into Space

Space. The final frontier. These are the voyages of the Starship…Enterprise. Its five year mission: to explore strange new worlds, to seek out new life and new civilizations, to boldly go where no man has gone before.

We know William Shatner, famously, for his role as Captain James T. Kirk in the “Star Trek” TV show and movie franchise. But now, it looks like he’s finally going to be able to explore that “final frontier.”

Shatner will actually be going into space sometime in October. The actor, who is now 90 years old, will blast into space aboard Amazon founder Jeff Bezos’ Blue Origin New Shepard rocket, according to the NY Post.


It’s not clear who’s paying for his ride — and it costs a ton of money.

It’s unknown who else will be aboard the mission, and it’s unclear how much the Star Trek star had to pay to join the intergalactic crew (the last flight’s final seat went for over $20 million at auction). The rocket was previously launched in July with four passengers, including Bezos and his brother.
Shatner has not been shy about his desire to fly into outer space. In May of last year, he tweeted out a mocked-up image of him in an astronaut suit, encouraging NASA to send him out. “BTW @NASA – just in case; the suit does fit!” he wrote.
He seemed to hint at his future out-of-this-world travels later that year during a virtual Comic-Con panel that focused on NASA’s Artemis program. “There’s a possibility that I’m going to go up for a brief moment and come back down,” he said, per Space.com.
Click to expand...

Bezos himself went up in space in July, along with his brother, spending about ten minutes going up over 66 miles.

Shatner will be the oldest person ever to travel into space. Previously, the oldest person was Wally Funk who was 82 when he went up. The flight wouldn’t last five years, like the mission of the Enterprise, but instead it will run about 15 minutes. It will also be included in an upcoming documentary featuring Shatner.

How cool is this, that he will finally get into space after giving us so many images of space on his show? And that he’s doing it at 90 years old? It shows even at that age, you can still fulfill some pretty amazing dreams.

In the meantime, check out the fact that he also has a brand-new album.

Saw Shatner on a TV talk show a few weeks back, he certainly doesn't appear to be 90, hope I'm in his shape in 35 years.

Is he allowed to wear his toupee in a space suit?

Dobbin said:
Is he allowed to wear his toupee in a space suit?

With that ride under his belt, the toupe becomes very optional for a bonafide OG.....

I saw this title, and really really hoped Elon was springing for a few high-Earth orbits or a swing around the Moon.

Take a real ride, not a three-minute spurt.
Don’t be a pseudo-naut.

AND...if you gonna be a pseudo-naut:
Please please don’t fly up in a d***k-head rocket.
At least take the virgin that looks like a shuttle.

Dobbin said:
Is he allowed to wear his toupee in a space suit?

Will he still be able to chew the scenery?

Cacheman said:
Saw Shatner on a TV talk show a few weeks back, he certainly doesn't appear to be 90, hope I'm in his shape in 35 years.
Click to expand...

Seriously and he has out lived most of the original Star Trek cast members.
W

Shatner is a one-off, bordering on National Treasure territory.
Good for him.

It just seems right that Capt. Kirk would finally get into space! I wish him a safe flight and hope he enjoys the view. He was practically a member of our family growing up; my dad was a big Star Trek fan and we watched the show all the time.


And a flight around the moon? Seriously? In another 5-10 years perhaps.

Snark: a higher form of communication

Capt. Kirk is the honest to goodness legend!

What western boy didn’t he influence!

If there are any aliens in space, Kirk will find them and beat the crap out of the males and mate with the females!

Why go into space, when space can come to you?

It's cool I just want to know who's playing the hot alien chick of the week.

William Shatner should not have to pay to go up - they should pay him, or at least let him make the trip for free. It will be good publicity for them and many of us will enjoy the fact he is getting to do this.
T

First time some asked about Spock He should reply "He's dead _______". Then proceed to tell what what a wonderful guy Leonard Nimoy. Preferably on alive broadcast.

WheI first read this a few days back , I said out loud "How wonderful !" I find it a delightful idea. I hope his trip is awesome - the fullfillment of my Trekie generation's dreams of space travel.

William Shatner is an a$$hole. Can't stand the dude. Hopefully they leave him up there.

The more I think about this, the cooler it seems.

You just do not want to be one of the other three in a red shirt.

They couldn't convince Pelosi to go yet, huh?

This flight will definitely add star power to Jeff Bezos's little adventure. I'm not a huge fan of Star Trek or William Shatner (the wife is a HUGE fan, I'm a Space 1999 fan); but I sincerely hope he has a great time in space. You have to give the man credit, and at 90 years old too, wow. That's pretty gutsy.

A neat thing for him to do, in honor of those Star Trek actors that have passed would be to carry a small bit of Leonard Nemoy's, Forrest Kelley's and Scotty's ashes into space with him. And mementos from the still living cast. THAT would be a poignant tribute to the show and to those Trekkies who love them. "The crew of the starship Enterprise" actually going into space-a fitting tribute I'd think.

And it would rekindle interest in space I'd think. Man needs to gain their sense of wonder-seeing the stars of one's favorite TV show growing up actually going into space would certainly do that.
D

Doesn't that rocket look like something in the movie "Spaceballs"?

Dennis Olson said:
I believe it’s called “Canadian bacon” even though it is in fact ham.


And a flight around the moon? Seriously? In another 5-10 years perhaps.
Click to expand...

Oh no, anyone who has seen him on TV can most definitely tell you that WS is 100% ham.
B

well heres the people going with him on the flight, didnt any of them ever watch Startreck? red shirts?

today is the day!

after a slight delay that occurred a few days ago, they will be going up today!

Well, there goes the record held by John Glenn:

The first American to orbit the Earth, John Glenn made history again when, at the age of 77, he became the oldest person to travel in space. But before he was nationally recognized as a hero, he had put his life on the line for his country many times.
...
Despite his advancing age, Glenn was not yet finished with the space program. On Oct. 29, 1998, while still a senator, Glenn made history again when he rode the space shuttle Discovery to become the oldest space traveler. Over the course of nine days, the shuttle orbited Earth 134 times.

The first American to orbit Earth made history twice when he later became the oldest person in space. The rocket is fully autonomous now.

Snark: a higher form of communication

Up, Down and Back!

Kirk the poet warrior is moved!!
You must log in or register to reply here.
Share:
WhatsApp Email Link
Top