The vision, captured by CBSLA, shows one person scurrying along the tracks holding a “container used to hold smaller packages,” the outlet reports. Video captured by CBSLA photojournalist John Schreiber also documents a Union Pacific officer chasing after two people who reportedly looked to be sifting through the sea of cardboard.


“As you can see, trains frequently slow or stop in this area as they get worked into the @UnionPacific Intermodal facility near Downtown LA,” Schreiber tweeted. “The thieves use this opportunity to break open containers and take what’s inside. I’d say every 4th or 5th rail car had opened containers.”


“Sources told CBSLA that the locks Union Pacific uses are easy to cut, and officials with the Los Angeles Police Department said they don’t respond to reports of a train robbery unless Union Pacific asks them for help, which they said is rare,” the outlet reports.
Among items discarded and left behind were at-home coronavirus test kits.
Sources told the outlet that the section of tracks was cleaned about a month ago, meaning the current mess is merely from the past thirty days or so. Sources added that the tracks were cleaned up three months ago as well.
Union Pacific provided CBSLA with a statement on the matter:

“Union Pacific is very concerned about the increased cargo thefts in California, and we have taken several steps to address this criminal activity. These rail crimes pose a serious safety threat to the public, our employees and local law enforcement officers.
“We have increased the number of Union Pacific special agents on patrol, and we have utilized and explored additional technologies to help us combat this criminal activity. We also will continue to work with our local law enforcement partners and elected leaders.”
Click to expand...

CBSLA checked the tracking status of one discarded package, which stated “in transit” and was scheduled to be delivered that day.
The report is especially frustrating given delivery times are already significantly hampered by supply chain issues under the Biden Administration. 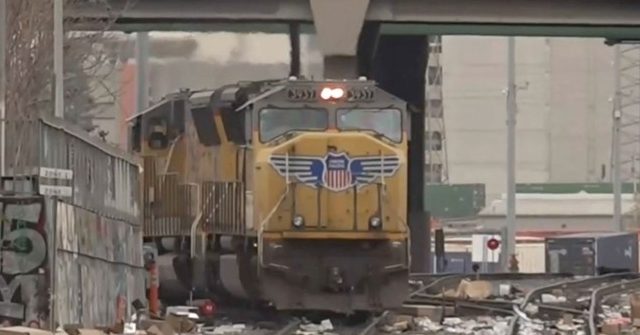 Merde....You have to wonder what the railroad's insurance carrier has to say about this?

When In Doubt, Throttle Out!

We need to bring back shooting looters!!

Another consequence of not prosecuting criminals.

This is Chicago - However, I saw this happen with my own eyes in SoCal a few weeks ago when I was there visiting.

Housecarl said:
Merde....You have to wonder what the railroad's insurance carrier has to say about this?
Click to expand...

Probably don't file claims for this. Shrinkage is just a cost of doing business.

I am the Winter Warrior

I can vouch for the fact that the West was never as 'wild' as the movies show it to have been. Most of that 'wildness' was 'shows' put on by the locals to 'traumatize' the eastern 'sugarfoots' taking a break from their long train rides. I had a grand uncle who was dragged, fighting and kicking and screaming, from his jail cell...and hanged from a tree next to the train station...about 12 different times. The male 'tinderfeet' would 'mess their pants', while the women would faint away. Now, I'm not saying those 'acts' never, ever happened...just that they really were about as scarce as 'hens teeth'.

The wild West was brutal in its own way. I would argue in a more respected way, though way more hardships in other ways.

But back then, even when there was no or little law, the locals often had to take things into their own hands with extreme prejudice.

It's way worse now, tons and tons of law enforcement, and they do squat by mandate. And the locals would be fined, arrested, jailed or worse if they took the law into their own hands.

Oh yeah. I monitor several LA tweets and FB pages since DD is living there now. I think it was last weekend there were 2 or 3 tweets about train robberies. What the heck?

I am honestly shocked
..I know thieves get a free pass, but shouldn't there be a massive study on environmental impact being announced, or at least fines for that littering?? Those things still matter, don't they?

Drop side of yonder

This concerning a city where they crap on downtown streets?

Warm Wisconsin said:
This is Chicago - However, I saw this happen with my own eyes in SoCal a few weeks ago when I was there visiting.

yup. i was going to post this as well. this is yet another reason why there are shortages. all the little cuts add up.

Yeah. Know wonder I didn't get my package I ordered.

Again.....how about we just SHOOT THE LOOTERS!! That will totally stop this kind of garbage.
N

Back in the Day I had to be REAL careful around RR yards...
D

Yea but, think about all the buzzards along the tracks eating body parts & guts. It's just icky...lol

Weres the railroad dicks. My father guarded the central terminal in buffalo during the war . Was issued a shotgun. Being the farm boy he was one night he shot at a rat . And realized the weapons weren't loaded. He went to the higher-ups with other guards raised hell . After that everyone was issued ammo.

White folks are getting out of hand these days!

Warm Wisconsin said:
This is Chicago - However, I saw this happen with my own eyes in SoCal a few weeks ago when I was there visiting.

did
not see a single white person

If they only welded a vertical post on the cars the containers would not be able to be opened.
T

We need to bring back shooting looters!!
Click to expand...

Better. Hang them at the scene of the crime and leave them there.

They matter if the problems are created by regular people, not criminals. And if it did matter, punishments and fines would be on the carriers. Not that I disagree; perhaps carriers need to harden their targets. 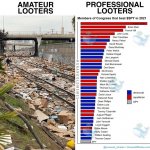 What the Hell !
C

ShadowMan said:
Again.....how about we just SHOOT THE LOOTERS!! That will totally stop this kind of garbage.
Click to expand...

They are black - that's why - and ONLY their lives matter.

My package from ADC in India better not be on those tracks!! Arggghhhhh....
C

One day soon - they will be going from house to house in our neighborhoods. 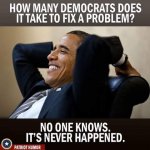 Coulter said:
One day soon - they will be going from house to house in our neighborhoods.
Click to expand...

Until they nock or kick in my door. At least slow them down, I hope.

West said:
Until they nock or kick in my door. At least slow them down, I hope.

I purposely chose to live as far away from them - in my city as you can get.

Are there pirate ships near the ports yet?

This is extremely disturbing on several levels, do they even know who is doing this on such a massive scale?

That is somewhat important because it does make a difference in terms of stopping it if it is professional gangs (or people employed by professional gangs) or simply masses of individuals mobbing trains. After all, they have realized they can get away with it.

I don't think things have reached the desperation levels of some parts of the third world where people do stuff like this in order just to get food and fuel. For one thing, it looks like they are targeting the "cool" usable or saleable articles, which suggests there may be a market for them.

Desperate people can be somewhat controlled or modified by bringing in food rations and other necessities but that won't stop professional gangs and/or those they hire for a moment. A sudden appearance of a lot of armed security, on the other hand, might suggest they go take their looting elsewhere.
You must log in or register to reply here.
Share:
WhatsApp Email Share Link
Top