Posting this because it's worth having in the archive of "what was and is no more"
The last sentence is especially worthy - don't cheat and skip the rest! 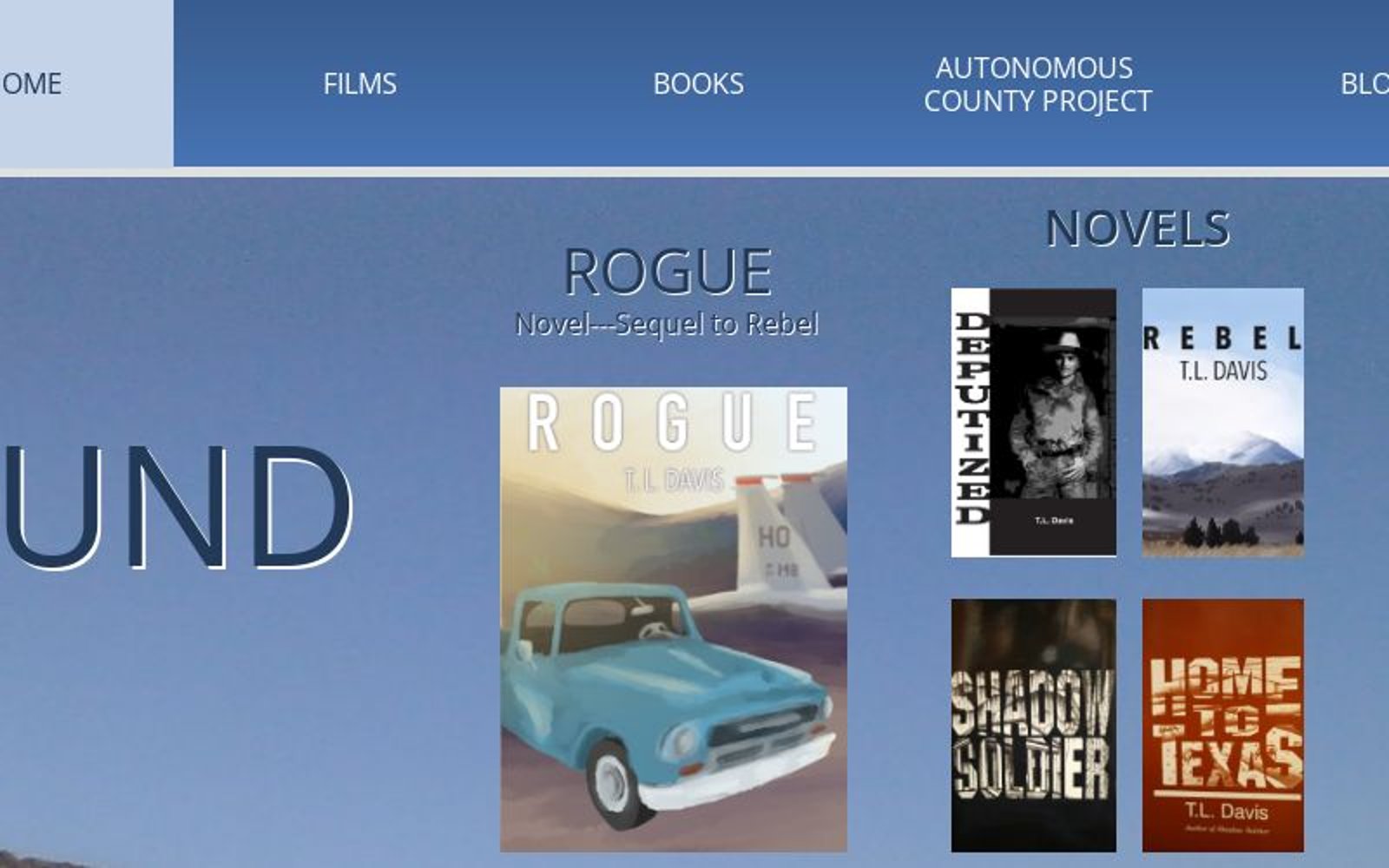 There was nothing like cruising the highway on a whim, taking off for a game of pool at a nothing bar in the mountains somewhere at the end of a winding road. Good music blaring from the speakers, alerting horses in the pastures of one’s approach; the low rumble of exhaust heard through the open camper window, squeezing through rifle stocks, assured one of the sturdiness of the engine beneath the hood. Speed was only limited by one’s ability to maintain control. Freedom was in the knowledge that unless someone reckoned your escape to the mountain bar, there would be no phone calls to take, no texts to answer. One was just “gone” and everything would have to wait until their return. Occasionally, a friend or two would see your pickup at the bar and stop in to see what news might be shared between bottles of beer.

The machinations of politicians in Washington DC were as far removed from one’s thoughts as the city in which they plied their devious plots. Protection from them came from the sure knowledge that common sense would weed out the stupidity and dangerousness of their plans; that the undying protection of one’s own freedom would deny them their worst instincts at control; that universal respect for the people’s rights would do the rest. What restrictions of freedom one suffered were brought on by individual choice. Marriage, children and mortgages could hamper the impulse to do as one pleased, but they were brought on intentionally; trading freedom for purpose.

Idyllic? No, it was not, but it was worth fighting for, defending and ultimately dying for, because it was as close to freedom as one might ever experience. It was worth fighting for the things that had been built, the families that had been raised, the lives that would follow. It inspired the great patriotism that was felt in the hearts of those who saw the American flag, heard the Star-Spangled Banner. There was a recklessness to it that spoke of freedom. People died senselessly and stupidly, but it was their lack of sense, their stupid decisions that brought it on.

We embark now, on a different kind of death, death by prescription, death as a solution to professed, but as yet unwitnessed disaster that will be averted by them. The carelessness and recklessness that kills us now can not be written off as individual failings, but by government coercion. These lives are not spent in defense of hearth and home, but in defense of an ideology subscribed to by a minority of powerful interests and individuals, who have corrupted those placed in positions of power to protect the people and respect their rights.

The slow encroachment of laws designed to change behavior rather than deal with the results of that behavior have accelerated. The ideological understanding of the average politician has evolved from recognizing the powerlessness of government to act in certain situations to one determined to do so. To do that, they’ve had to reduce the American, in their minds, to a being unworthy of respect, unworthy of self-determination, unworthy of rational decisions. In doing so, they have simply proven themselves unworthy of power, unworthy of respect and incapable of representing the people they claim to serve.

There is no way back to some yesteryear of freedom. Technology alone has ended a lot of what once made America a very special place to live. The indoctrination of communist thought throughout the school system has infected the populace to such a degree that the very idea of freedom is misunderstood, the principles of capitalism defamed and derided by those incapable of surviving under a system that requires intelligence, drive and passion. The apparatus of society has churned out a population designed specifically to abide by government dictate, a whole population of administrators rather than inventors, entrepreneurs and discoverers.

The America that was worth dying for and preserving for posterity has been subverted to a never-ending production of propagandists. Those who are left to try and fend off this blizzard of misinformation are fighting with truth against lies and lies are easier to produce than evidence. Fantasy is easier to embrace than reality. This is what they’re calling Mass Formation Psychosis. This forces America, or at least the United States of America, toward an undeniable path of implosion, because truth can be ignored, reality denied all the way to the point that both of those things result in the utter devastation of the fantasy. Right now, that wipes out most of American businesses, the government, the economy and the military. What do we do with it then? This is what happened to Venezuela and even with all of the facts, all of the similarities and the evidence of the utter devastation that was caused there, a great many of the people here stroll right along the same path. What part of resorting to eating zoo animals is appealing to these people?

I’ve been pushing back against this since I first recognized the government as an adversary and I’ve been able to have no effect on the inexorable descent into madness. If there is a concerted effort to resist this, I’m all in, but in absence of that, I guess it’s all a show. I’ll defend my piece of the world as best I can when the time comes and hope that the foolish are consumed in the flames of their own stupidity.
Yet, the question still burns in my head, what degenerate fool looked out on that world of the remote mountain bar, the winding dirt road, the pastural scenes to be had on it and thought, “Oh, we gotta fix this!?”

Kinda reminds me of the old indian joke about how the white man screwed up the world were the men could go hunting and fishing all day and the women did all the work, WHY?

bbbuddy said:
snip
Yet, the question still burns in my head, what degenerate fool looked out on that world of the remote mountain bar, the winding dirt road, the pastural scenes to be had on it and thought, “Oh, we gotta fix this!?”
Click to expand...

The fearful and the cowardly manipulated by the greedy.

2dollarbill said:
Kinda reminds me of the old indian joke about how the white man screwed up the world were the men could go hunting and fishing all day and the women did all the work, WHY?
Click to expand...

“Indian Chief “Two Eagles was asked by a white U.S. government official, “You have observed the white mand for 90 years. You’ve seen his wars and his technological advances. You’ve seen his progess, and the damage he’s done.”

The Chief nodded in agreement.

The official continued, “Considering all these events, in your opinion, where did the white man go wrong?”

The Chief stared at the government official then replied,

“When white man find land, Indians running it, not taxes, no debt, plenty buffalo, plenty beaver, clean water. Women do all the work, medicine man free, Indian man spend all day hunting and fishing all night having sex.”
Then the Chief leaned back and smiled, “Only white man dumb enough to think he could improve system like that.”
L

mistaken1 said:
The fearful and the cowardly manipulated by the greedy.
Click to expand...

and the lazy, don't forget the lazy

Luddite said:
and the lazy, don't forget the lazy
Click to expand...

The lazy do as little as possible and take their orders from those who are greedy for power, for control, for all the money and "stuff" that they can milk from the lazy and everyone else.

Luddite said:
and the lazy, don't forget the lazy
Click to expand...

Sammy55 said:
The lazy do as little as possible and take their orders from those who are greedy for power, for control, for all the money and "stuff" that they can milk from the lazy and everyone else.
Click to expand...

below are the words of a wise old man now long in glory. he'd been a friend and mentor to me a very long time ago. they meant so much to me that in the early 80's I had them inscribed on a plaque. that plaque hung in my private office for 30 plus years. now it hangs on the wall across from this desk as I sit here. these words helped me to preserve through some very difficult times. I believe we as a people are facing very difficult times in the near future . . . and so for what ever value you might find in them, I share them here . . .

For life is a just employer - she'll give you what you ask;
but once you set the wage you must bear the task

I worked for menial hire only to learn dismayed that
ANY WAGE I had asked of life, life would have GLADLY PAID​
You must log in or register to reply here.
Share:
WhatsApp Email Link
Top