I became the recipient of a Legare 400 CSM recently. Now to get it working!! Looks like its missing the yarn mast, and I know I need to replace all the needles. From what I've been able to research I will be able to use my handspun on this machine. Whole new learning curve!

Yes, luckily they are. There are some of these companies still in production. One in America is making 3-D printed ones and there is a company in Australia that is still making the cast iron ones. Plus several small operations that make parts and restore these beauties.
S

_______________
That's great! I have a double bed Passap knitting machine in storage right now. You can knit "in the round" on it up to 48" wide (so you can knit sweater bodies in the round). But it also works really well for socks. You do have to make any ribbed sections flat, and seam them at the end, but it's still possible to make a pair of socks in under 30 minutes.

You will be a regional king or queen when it all falls apart. He/she who can supply socks to the masses will be adored and protected.

desertvet2 said:
You will be a regional king or queen when it all falls apart. He/she who can supply socks to the masses will be adored and protected.
Click to expand...

Which is why I have been looking for one that I could afford for a while. All in all it’s just another prep in the hall
S

_______________
Socks are MUCH more important than most people realize. Both hubby and I have damaged feet from old injuries. A good pair of socks is vital to stay comfortable during long days on our feet, and to protect from blisters. In the days of early sock being hand knit, people often only owned one or two pairs. Not being able to change into clean, dry socks after wet or dirty work leads to anything from athletes foot to trench foot.

It's why I bought 60 pairs of 100% lambswool socks when the dollar store had them!

Wow lambswool socks at the dollar store? Sheesh I need to pay more attention when I go.

And having loom knit 1 pair of socks and "stick" knit 1 sock and started a 2nd one... and seeing the amount of time and effort involved I can see why socks are/were so important. I've been buying lots of them in different sizes whenever I see them on clearance/etc.

I've seen the more modern circular knitting machines and wondered if they were any good. It never even dawned on me that there were old or antique ones out there. My mom had this big monstrosity of a knitting machine she got back in the 80's. She never did figure that thing out. She recently gave it away to a niece to try and figure out.

I would love to know the correct way to knit Diabetic Socks with the thick cushy (double layered) sole. Will have to be on DPNs or Circulars until I can sneak up on a sock machine.

Addi Professional is the best modern one around as far as I know, but all that plastic doesn't do it for me at all. Metal or save money and wait.

I do have an Incredible Sweater Machine by Bond. That may come in handy.
M

I got the needles I needed for mine from these folks. Also a fair amount of info on their site.

I got the needles I needed for mine from these folks. Also a fair amount of info on their site.
Click to expand...

I have looked at a lot of sites, but this one never popped up in a search. By the amount of sold signs on the listings he leaves up so you can see the pictures, he really doesn't need to bump his goog stats. Busy as a one armed yarn hanger!

These restorations are gorgeous. Now comes deciding which machine to choose? I like the 72 slot cylinder (or higher) and definitely powder coated finish. Will be working with more than one color yarn. Want to do cabling or lace sometimes. Do not want a finiky, difficult to use machine. Would prefer more quiet to that clackety clack sound I hear on the videos. A decent gear ratio, so I don't give my shoulder a fit with all the turning. The least amount of wasted yarn in process of casting on and off. This is going to take awhile.

I sound like I want the perfect machine, but if some of this is possible, I won't know if I don't ask. If it's not, that's fine too. This is a wonderful place you have directed me to. I will be here awhile.
Thank you!
Last edited: May 16, 2022 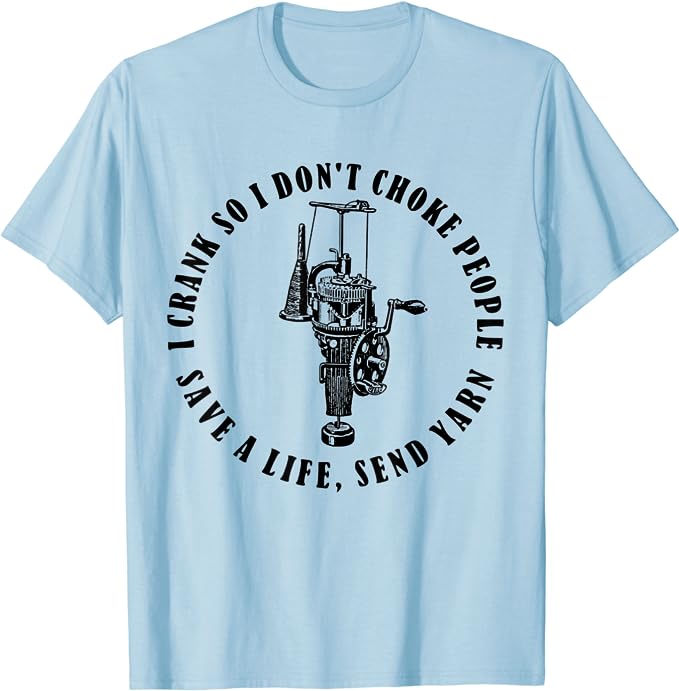 Got my first learning on, practice sock shaped object done. LOL It was a serious learning curve on this thing. It's too big so my guage is off, I have to learn how to either not drop stitches, or find a better way to pick them up when I do. The top edge did a yarn barf when I tried to do the stitch hang bind off.

I did find a lady near by to me who is an expert with these things. We plan to get together in a few weeks so she can give me a real lesson!

I saw one of the old restored ones in use by a street vendor in Galway about 20 years ago and they are amazing! They were making socks, including the heals, at around 5 minutes each! Of course, they had lots of practice and knew what they were doing - the machine was fully restored and absolutely amazing.

It would be a wonderful thing to have if things got bad for a long period of time, because as Summertyme said, good and well-fitting socks are extremely important.

There are still a lot of old machines in the USA because during both World Wars the military still preferred hand-knit or round-knit socks to the machine ones because they didn't have any seams or knots that could cause blisters. Sometimes blisters could result in death from infections with troops when troops had to march for long distances or in tropical areas.

The round machines were distributed to a lot of "knitting clubs" of volunteers because the commercially made machine socks at the time all had seams and often knots in them. Hand knitters or home machine knitters could properly weave in the ends of yarns without leaving a bump but the commercial machines could not.

I'd love to have one, I've thought about it but they are fairly expensive and they are not common over here, or at least I haven't seen any. Regular knitting machines were extremely popular in the 60s and 70s, my Passup needs to be reconditioned (the cats got it) and it needs some new needles. COVID got us before we could get that done, so I haven't tried it much yet but I hope to soon.
S

So I went internet searching for sock machines... I shouldn't have. Because now I want one! But wow the metal ones are not cheap. I don't know that I'd ever make enough socks to pay for that sucker. The 3D printed ones (plastic type) are cheaper but if you're gonna spend the money might as well get quality. Are there quiet ones out there? I'm not sure if that constant clacking would mesmerize me or totally annoy me!! LOL Anybody have a good source for used/refurbished ones other than that link up above? That guy seems to sell them before he can even list them.

Anybody every use those smaller/cheaper ones like the Addi machines for making socks? I "think" one of those significantly cheaper ones might be better for me because of how few I'd probably make, but they have some severe limitations. But I don't want to spend the money on that if I'm just going to hate it and go on and buy a really nice metal one.

The vintage/antique ones are very expensive, esp if they have been rehab'd and are in working order. I've seen many for sale that are not more than parts machines, they have broken fins, cracked cylinders, etc. so if you go that way, make sure you look closely at pics. There are several companies that are making new metal ones. This lady also has a link on her site for used sales. New CSM Machines — CSM Love

Dean and Bean seem to be the major company for the 3D ones. I know they have an extensive wait time for shipping. Like 12-ish weeks or more?

I can't tell you if any of them are quieter than mine. I've only seen vintage machines in action, and they all talk. It's quite soothing to me to listen to my machine as I work. I know there are multiple FB groups dedicated to these new and vintage machines, and they have plenty of videos if you want to hear the different ones. Many groups allow sales also.

The only time I used one of those plastic ones was when I got my daughter one for her birthday. They threw so dang many stitches, and there is no way to put a weight under it, since there is not much clearance. Weight is one key to keeping stitches on the machine.

If your going to get one, get a good one, either new or vintage.

I'd love to have one, but not at the same price that I could get a smaller-sized floor loom! That only makes sense if, like the street vendor in Galway, you are going to make a business out of it.

I'll look at the newer "printed" ones, which may not be viable now but could be in the future. Also, at the prices I'm seeing if you see a used one, it might be worth picking up and paying to have it restored.

The "knitting frames" from Lidle or Aldi can be fun, they are like giant spool knitting, and are especially helpful for older people or those with issues in their hands that make holding needles difficult. I saw a video of a 100-plus-year-old man that makes hats for the homeless, the nursing home was able to keep him going with a "hat frame" and volunteers finish off the tops of the hats (sewing them closed).

For now, I prefer knitting on needles though I have some frames as backup, I haven't really used anything like that since I was a child - but I may pick up some of the larger sizes if I see them on sale.
You must log in or register to reply here.
Share:
WhatsApp Email Share Link
Top